Per and I have had a few “unconventional” nicknames for our growing child over the past eight months. When we first learned of the pregnancy last summer, we followed a so 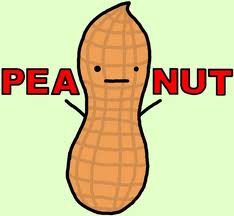 mewhat traditional path and called “it” the peanut. It made sense at the time as really that’s about all it was. In early pregnancy, when you don’t have a rounded belly or any other visible signs of impending parenthood, it’s hard to imagine anything larger than a peanut actually existing inside of you.

But as time progressed and I gradually felt my body being rudely taken over by aliens, it was harder to imagine the young thing as some miniature, harmless  snack food. There was definitely a new boss of the house and not necessarily one that I always enjoyed. Around the 12-week mark, in between nights of sickness and days of fatigue, I made a comment to Per that I had a communist dictator living inside of me. So, much to our parents’ bewilderment, we spontaeously renamed our cute little peanut as “Fidel.”

I mean no disrepect to communist dictators around the world, but the 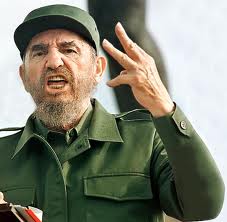 fact is that you share several strong traits with my growing son in vitro —- you always want your own way, you don’t feel the need to heed anyone’s requests, and you’re constantly trying to expand your territory at someone else’s expense. So Fidel he became, and so he has been ever since the 3rd or 4th month. (And yes – we’re already saving our money for Fidel’s inevitable counseling sessions.)

Recently, I’ve incorporated another nickname that I use quite frequently on this blog – The Melon. It’s an obvious name, as it’s clearly what I now have attached to my formerly-smooth stomach. But it’s also often used on my BabyBump iPhone application to illustrate Fidel’s week-by-week growth progress. For example:

Weeks 20-29 were more of the vegetable variety (spaghetti squash, cauliflower, chinese cabbage, butternut squash….), but apparently now I’m so big that the application developers had to switch food groups. (By the way – if you look up “melons” via Google images, you will find an amusing variety of non-fruit-related photographs. Just a little tip from me to you…)

Of course, this latest nickname will also soon be replaced in a few weeks when Peanut/Fidel/Melon is born. I promise you all that his parents will then give him a real name that can be used in public without fear of scorning or Amnesty protests. We’ve got our name selections narrowed down to a few final contenders, and there’s one in particular that currently stands above the rest. No devolving of information right now though – that will only become public in Fidel’s birth announcement to all his adoring fans.

One final note — thanks to everyone for your comments on

the Svendsen Family Car! We finally made a decision and purchased a 2010 Ford Mondeo that was a showroom model and therefore souped-up with all the bells and whistles that men seem to need these days. For better or for worse, the Svendsens have decided to live in the Here & Now, purchasing the best we can afford at the time and letting the future unravel as it must. Our purchase was dutifully celebrated with the requisite taste of Prosecco (it was actually red wine from La Sada this time – one glass for Mommy & The Melon, the remaining 1/2 litre for Per).

3 thoughts on “Naming The Melon”